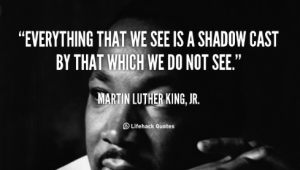 If personal development attract you, if you want to express your full potential, and/or to heal your inner child, it’s important to know the power of the subconscious.

It is also important to address the Shadow in any kind of development effort, emotional, personal, or spiritual. The Shadow lies beyond usual consciousness.

Knowing how to work with the Subconscious is important for moving ahead. A relatively new method called MAP (Manifest All Possibilities or Make Anything Possible) works directly with the subconscious for healing the inner children. Using MAP for healing wounded hearts can include work that affects the shadow.

MAP’s work with the subconscious will be described below.

What is the Subconscious?

The Subconscious is described in various ways. It is seen differently in New Age context than in traditional Psychology.

From the MAP view, the subconscious is a language process and aspect in each person. The Subconscious or the SuperConscious is like an inner observer and can work with the conscious and subconscious.

Because the subconscious connection is deep and comprehensive, MAP uses the term “SuperConscious,” somewhat like how the term “Higher Power” is used.

Therefore, for those who use MAP, the subconscious is an ally rather than being an obstacle to moving ahead and healing.

Why Use the Subconscious?

The subconscious needs to be actively addressed. Otherwise your conscious efforts to become whole, you face obstacles in your efforts to heal the wounds of early childhood, to be successful, to achieve your goals and purposes in life.

It’s like walking a path with a blindfold on.

The subconscious contains a vast amount of memories that affected your inner children, including the limiting beliefs and perspectives they formulated to make sense of their traumas. These beliefs and patterns define the course of each adult life.

In a similar view, what is in the Shadow is beyond your everyday consciousness and dwells in the Unconscious or the subconscious. The shadow consists of everything you’ve denied about yourself.

Signs of the Shadow

These are your strong feelings about a situation or a person. You “hate” a person or a situation. Shadow psychology says that you are disturbed because the situation is reflecting parts of yourself that you’ve hidden—in the shadow.

Since the Shadow is in the dark of consciousness, most adults deny that they have a shadow. It’s the work of the conscientious and determined seeker of truth and love to tackle these cloaked defenses.

The subconscious holds beliefs about yourself, how you view life that limits your view of possibilities and come with parts that are too protective. Conscious efforts such as affirmations take constant repetition to even begin to penetrate the subconscious.

That is why hypnosis is often used to help with breaking patterns.

However, hypnosis is not the only way. There is a more direct way of working with the power of the subconscious to fulfill your potential or to heal from early trauma.

The direct way is used in MAP procedures.

How to use the subconscious for healing

Dr. Garry A. Flint, a research and clinical psychologist, worked many years directly with the subconscious to deal with the most difficult issues found in patients with dissociative disorders.

He created many procedures for healing the parts that hold beliefs and strategies contrary to what an adult’s main personality consciously chooses.

Dr. Flint experimented with procedures, asked the subconscious many questions to learn the most effective way to heal the difficulties of dissociative disorders. When he formulated the correct procedures, patients experienced change and some could feel the procedures working.

After he worked for 12 years, Dr. Flint released a book describing what he’d learned. Colette Streicher, the co-founder of MAP, studied with Dr. Flint and eventually devised a system to work with the general population called MAP.

The program is called MAP (originally “manifest all possibilities” now “make anything possible”).

Here are some examples of releasing the negativity held by “subconscious” parts/aspects:

*Beliefs of low self-esteem (“I am bad/unimportant/unlovable”) hidden in experiences of being bullied/abused/rejected/abandoned.

*Anger and judgments about how people need to be fixed/to change are projecting the wounded child-hearts’ need for love—getting people to fill the broken heart.

*Self-critical, perfectionistic parts that believe being perfect gets the young child what s/he needs.

*Fiercely self-reliant and independent parts that don’t trust anyone or the world to provide them what they need.

How does MAP help with Shadow work?

MAP procedures constantly deal with negative emotions, especially fear and anger. These are seen to be triggered when the adult feels abandoned, rejected, alone and unsupported.

Often the same feeling of anger and hate arises when someone is being arrogant or narcissistic, for example. The young parts triggered were abused/abandoned/hurt by a parent who only cared about him/herself.

In treating the young parts for these negative feelings and limiting beliefs and strategies, the shadow is also being treated.

Most practitioners don’t consciously address the shadow in MAP work. However, in treating young parts they treat elements of the shadow because aspects of the shadow were created when the inner child was young and hurt.

Examples of how MAP essentially work on the Shadow

Anger and the Shadow

Paired with violence and constant hostile responses from parents, a child is wounded. In that event, parts are created to deal with the trauma. Because the pain is overwhelming, the inner child “decided” to bury those feelings because she wouldn’t survive.

The experiences themselves may have been too much, and child dissociated—left her body. These are the memories that an adult cannot retrieve. No one was there to encode the event.

But what can be touched are the parts that experienced the trauma and that created defenses to deal with what was happening.

In such a situation, the inner child might create a strategy to never ever be violent or angry. A vow is thus taken so that she never has the kind of anger that hurts anyone just as she was hurt.

Because she’s hidden her own anger, and “hates” her anger, it’s in her shadow. When MAP treats the young part related to the distress the adult feels toward someone, the source of the shadow is being treated.

Fear and the Shadow

The Bully is an example of someone hiding from fear. He goes after weak ones who show that they are afraid. Such signs call the bully to torment his victim. He hates the fear that is being shown because he has pushed down his own fears.

As a young wounded child, the Bully buried his own fears that arose from his trauma of separation. They were overwhelming, confusing, and paralyzing. Perhaps his anger about his trauma was directed to these fears. In any case, he decides to bury his fears.

His natural response to fears is now in the Shadow.

When he sees fears too clearly displayed in others, the hate within gets acted out in his torment of the bullied child.

The Bully is an extreme example of how fears play a huge role in a person’s life especially in his relationship with others. A less dramatic example is anyone who hides his own fears, and hates fears display or showing in others.

MAP treats the parts that are involved with any distressing or upsetting reactions in a particular situation. Because the negativity in experiences is neutralized and released, the buried fear no longer is a source of an adult’s response to a frightened friend or child.

Grief in the Shadow

Death of dear ones easily elicits grief, as a response to a loss. If grief were in a person’s shadow, the adult would avoid anyone displaying tears and other signs of grief. Such open grief causes revulsion.

As with the other emotions of anger and fear, grief experienced by the wounded child is believed to be overwhelming. In order to survive, the inner child hid the grief in his heart so that the young self could live and survive.

Since his grief is now in the shadow, he would react strongly to anyone who shows sadness and distress. He may respond unkindly to such displays and say things like “act like a grownup” and believe that showing such emotions is a sign of weakness.

In short, MAP procedures treat the parts that have strong emotions, and the trauma creating the fear/anger/sadness. In doing so, the source of intense feelings buried in the heart is being treated.

MAP treatment of intense feelings releases them and thus, they are not longer in the shadow.